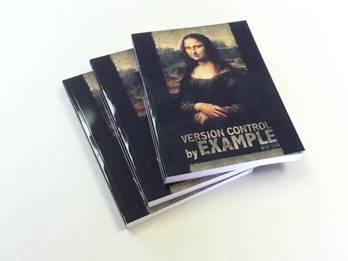 My version control book is finished!  :-)

The book's home page is at https://ericsink.com/vcbe/index.html.  Right now you can browse the book online or download a PDF.  We're planning Kindle and EPUB versions, but they're not ready yet.

Printed copies of the book will be available in another week or two.  We've actually got a few now, but we're taking them to OSCON this week.  Once we get the rest of them from the bindery, we should have plenty to go around.

More info on the book

Back around 2004 I wrote a series of blog entries called Source Control HOWTO.  My intent was to turn this content into a book.

But I kept getting distracted by other things.  As time passed, the original material became rather stale.  Those blog entries were written before DVCS became popular.  Everything in the version control world is different now.  Eventually I realized that if I wanted to write a book about version control, I would be starting from scratch.